Our sensibilities and dispositions change as we develop new habits and routines; three to eight weeks is a good measure of how long it may take to build a new habit.  One may ask: why it’s important to change our sensibilities? I believe what often turns people away from the Tridentine Mass has nothing to do with a lack of intellectual formation, and everything to do with the formation of senses. Or rather, how one is inclined towards sensible objects:  what attracts or repels us.

Prior to the challenge, my family and I had attended the Tridentine Mass on a handful of occasions, but never consistently. Honestly, each time I went, I felt lost and confused, not knowing what to do or say next. My senses had difficulty apprehending: the prolonged periods of silence, the whispered prayers by the priest at the foot of the altar, the sounds of chanting coming from the schola, attending to an unknown language; the list could go on. I would then return to the Novus Ordo and my senses would welcome the familiarity.

The turning point in helping me recognize a fundamental aspect to the eight week challenge was the idea of passive participation.  We have to be receptive in order to allow our sensibilities to be changed. During the first two weeks, I was imposing the familiar onto the new, the Novus Ordo onto the Tridentine Mass. In other words, I was too focused on what to do; being overly concerned with a more active participation.

By adopting a passive mindset, it allowed my senses to also become passive, as they naturally should be.  Our senses receive reality, they don’t impose on it. As each week progressed, parts of the Mass became familiar. More importantly, my experience attending Mass in general changed; my participation was to *rest* in the Mass, instead of acting in the Mass. As a result, there was a natural adoption of learning the responses and identifying and recognizing the parts of the liturgy; just as a child naturally develops a language just by being receptive.

Fr. Ripperger asks, once completing the challenge, to reflect upon the Tridentine Mass and the Novus Ordo and notice the differences. The dispositions I developed during the challenge instilled in me an attraction towards sacred silence and mystery.

What once caused confusion and feeling lost, instead was now bringing me deeper into the Mass. Now that the challenge is over, my senses do not find the Novus Ordo as ‘familiar’ as they once did. 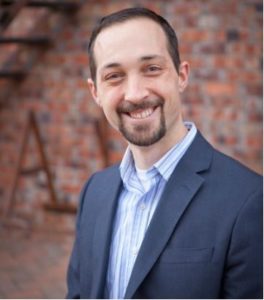 Dr. Kevin Kilcawley is a clinical psychologist and founder of Integrative Psychology Services. He seeks to improve the practice of modern psychology with a holistic and Thomistic understanding of the human person, where mental health means more than just the absence of symptoms – it is a life engaged in what is true, good and beautiful.

Suggestions for Those New to the Latin Mass