Since the liturgical changes following the Second Vatican Council, it’s rare to see Iowan couples choose to exchange their nuptial vows in the Traditional Rite.  Recently, a couple was married at Christ the King in Des Moines, and below are photos and a reflection from Andy Milam, Una Voce Des Moines’ liturgical coordinator and MC extraordinaire.

In your charity, please offer a prayer for Taylor & Samantha as they begin their married life together!

Additionally, it was the first time that the Una Voce Des Moines schola was able to wear cassock and surplus and sing the Gregorian chant propers and ordinary for the Mass!  Feel free to reach out if you want the schola to sing at your EF Nuptial Mass or Requiem Mass. 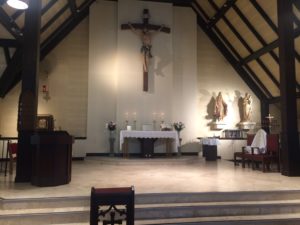 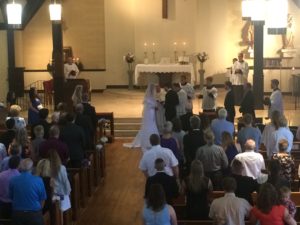 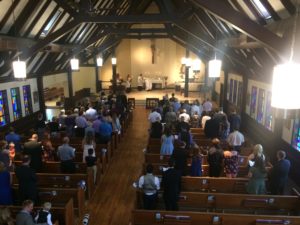 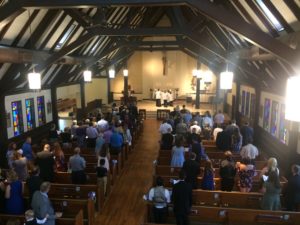 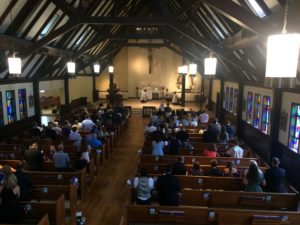 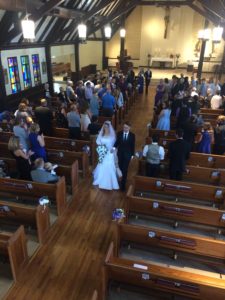 As I reflect on the day and the Nuptials from an outsider’s point of view, several things are evident.  First, the use of both the vernacular and Latin in the Nuptials makes it easy for even the most detached person from the Church to understand what is directed toward God and what is directed toward man.  It also provides a bit of mystery, which every couple faces at the start of any marriage.

Secondly, as the Nuptials are not part of the Mass proper, the celebration of Taylor & Samantha is contained to them and the Sacrament they confect together.  Yes, confect.  They are, by definition, making something new and putting two things together.  Namely themselves.  It truly is a confection of the Sacrament in the most literal sense.

Finally, the Extraordinary Form pulls the worshipper through.  It affords him the ability to worship and not feel as though he has to “do something.”  He can just be.  And that is the whole point of worshipping God:  that we can be with “He Who Is”.

As we worship, we can take from Taylor & Samantha one thing:  that we are to be led (or pulled) by the Holy Spirit through Christ Jesus to God the Father.  That is the aim of Matrimony, and as an example of the glorious day of their wedding, it becomes an example to us as we enter into our Sacramental lives at Holy Mass.

7 Reasons for the Use of Latin in Mass

Welcome to the Una Voce Des Moines site!  This site is to promote the ancient form of the Mass to those of central Iowa.  We hope to organize occasional Masses & events, perhaps even some prayer meetings, to showcase the rich liturgical patrimony of the Roman Catholic Church.

At the moment, the only regular TLM in the Des Moines diocese and in central Iowa is celebrated on Sundays at 4pm at St. Augustin's in Des Moines.

Do you have any suggestions or recommendations?  Do let us know!